Some Thoughts On Simplicity, Assumptions, and Stress Management

You know those “what’s wrong with this picture?” pictures you see from time to time that show up when you are on task to read some article or something else other than that, and although you make a note and intend to come back to it, you suddenly decide “what the heck” and go back to it then?  You lock on to it and almost invariably forget about everything else. Maybe you’re waiting at a doctor’s office and the woman comes out from behind these hinged doors to yell your name and you so badly want to respond with: “can you wait for a second; I’ll be right there!”  Well, this is one of those times while you are reading this blog, when you can tell the nurse or orderly you have my permission to have them wait one second because that is about how long it could take to figure this picture out –depending on how you look at it! 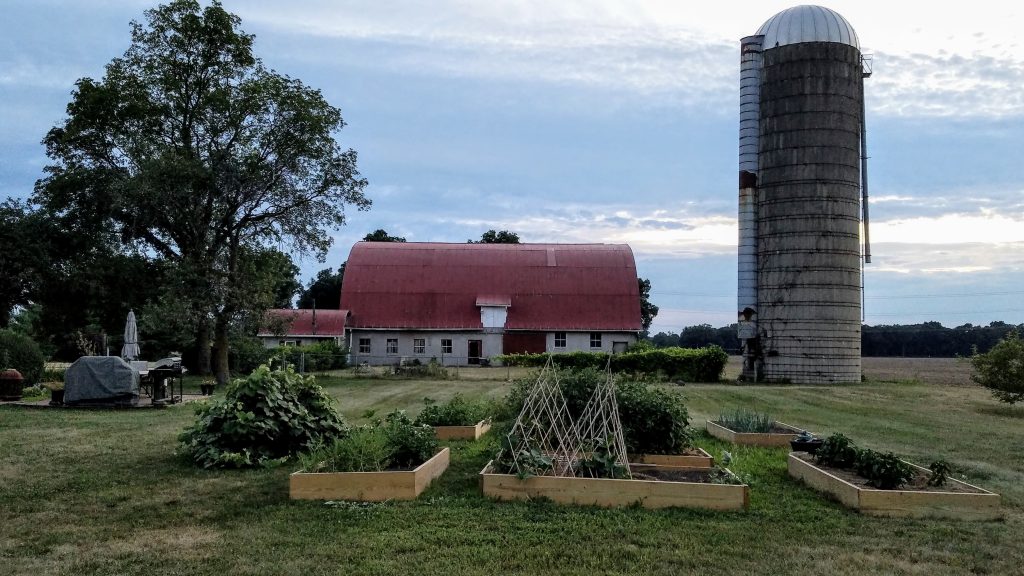 So you gaze at this pic, which, by the way is the backyard of our 6 acre homestead.  You see a silo and barn and it looks like a typical farm set up somewhere in the midwest – except you don’t see the 100 + acre corn field to the right but instead see what looks like raised beds and vegetables.  And thus, there really isn’t anything very wrong with this picture because, in reality, the 100 acres to the right is not a part of this set up.  We don’t own it.  At one time, the previous owners had owned the 100 plus acres. Had we owned it, there could seemingly be something very wrong with this picture, that is, while that 100 acres was a cornfield. Before the corn field our set up was a dairy farm and that field was for cattle to graze! So yes, and no. no nothing wrong with the picture while it was a dairy farm.  And yes could be very wrong when the owners had that many acreage spreading out  from just another 30 ft to the right!  My way of thinking? Observation 1: why would you even have 8 raised beds growing your own vegetables when you have 100 more acres you can do what you want with??  (don’t answer that..)  The point is, look for what’s right in your imagination and presumptions of how things are.  Because there is almost always invariably an angle you never thought of.

In my opinion, this is often one of  problems with this struggle between political parties in our country. To conduct yourself as if there is either something very right with the picture or very wrong is arguable on both sides.  If it’s just left to its own devices Im not sure most would laugh out loud and say, right, they are growing their own crops on a farm, yet they are also growing their “crops” in separate raised beds!   It wasn’t my first thought when I took this picture– In fact didn’t even think of it until now, 6 months later and decided to post it here to share with you a slice of our homestead (still)life. I went into this post with all these issues of fake news and how much someone hates Trump or others defend him or whatever the status quo is.  And one point to be made is you can pitch anything the way you want by suggestion and setting up a scene.  And in the process, all too often, reality might be thought of as either too mundane or dramatic one way or the other… The only reason I even have to write about this, is, aside from sharing with you a visual of where I reside on this planet is to share that the minimizing of  stress is a big priority of life when I consider most of what I do each day. Further that for me, reality is often much more “friendly” and supporting of one’s interests than I “thought”.  In other words the more “old school” I become, the more l like to KEEP things simple for that reason alone.  No other reason.

Some things aren’t simple and never will be.  Politics is never simple even though we all think it would be much simpler if one party could agree with the other or work together like they did in the ol’ days.  Maybe I can coin the term “old-school politics” although it probably already is.  I think that quest for simplicity is the reason we take sides or close off our opinions once enough stress has driven those concepts we might think are stressful or disagreeable etc.  I’m not saying to not take sides in order to more easily identify with (whatever or whomever), if you do.  Im saying, sometimes that the perspective with things that are complex can be broken down into something that takes some stress out of that idea or issue – that is, one could simply have an understanding that some issues or ideas are SIMPLY complex and difficult to grasp and always will be and its not my problem to think I have to visualize an answer.

As for politics, there very definitely is much more partisanship and division on things than ever, but that goes hand in hand with the ability for all of us in society today to share opinions- we all more instantly and easily know where the other stands,  (thank you very much, social media – or maybe not!).  Although it might not be easy to deal with, it is what it is: humanity as a whole; a collection of individuals all contributing many  diverse points of views and reasons.  You can compete if you want with others, and not necessarily have to self-manufacture stress that might otherwise go along with it. You could understand that it is what it is, and eliminate some stress that way.  We all will have a long life, hopefully, and anything one can think of that might otherwise bring about stress because of its complexity is but one section of life; one moment of time.  We can look back and learn from but we have no guarantees of simple, clear answers when we look to the other side, or the future. Stress is but an attachment to us from something we learn to manufacture.  From our competitive nature, from our desire to do good or get away with something that doesn’t have a basis in conventional thought or wisdom, stress is still self-manufactured.  He, she, or it, CAN’T in reality stress us out! So how did we get to this tangent from a tranquil picture of a barn with raised garden beds in front?  I can only say that for each of us, if we want society to remain workable and serene like this picture in time, there is that time and place that is appropriate to best blow our horns as well as to stop blowing them,  and let someone else blow there’s; there is a time to observe, act or react, and to realize that the lyrics to that 60’s era mantra is a very real truth based in the reality of each of us: 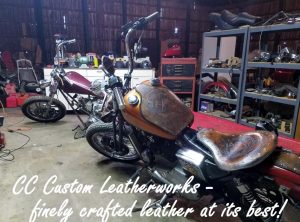